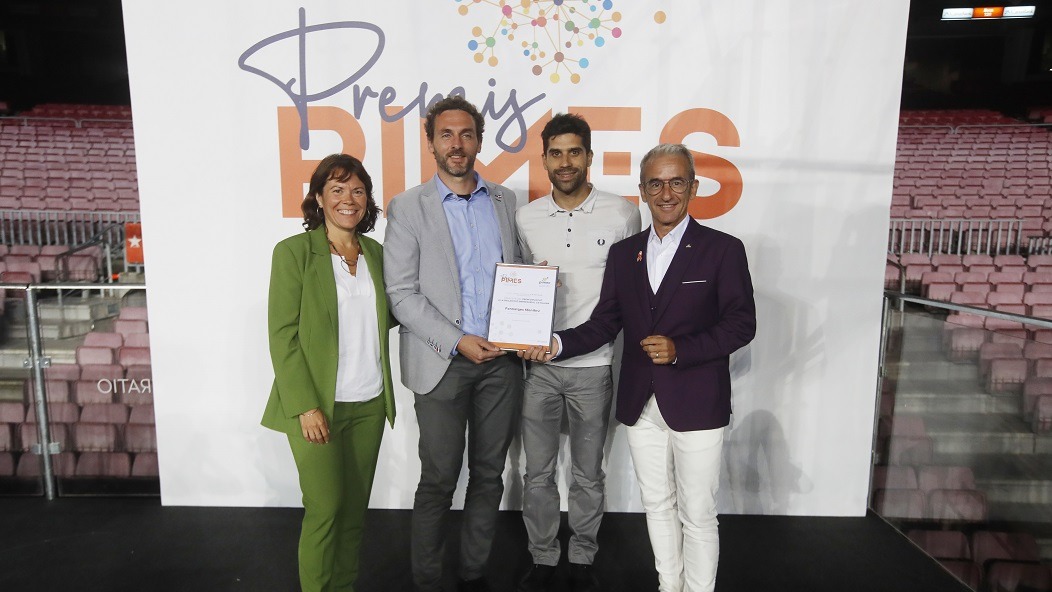 On 27th June, the Camp Nou Stadium in Barcelona was the venue for the 35th edition of the PIMES Award Ceremony organized by PIMEC, the small and medium-sized enterprise employers’ association. The President of the Catalan Government, Pere Aragonès, presented the 7th DIPLOCAT Award for Catalan Business Projection to Yerse, a textile company based in Sabadell.

Formatges Montbrú was one of the finalists for this award, alongside Mobles 114, Aigua Sant Aniol, Ceràmiques Graupera and Verdcamp Fruits. All the finalists received an accrediting certificate.

The Award is presented by DIPLOCAT to acknowledge the role of companies in promoting the Catalan economy and its values around the world. The Award gives recognition to companies that help to project Catalonia’s image abroad as a country that strives for excellence, raising awareness of its assets and contributing towards improving its international reputation.